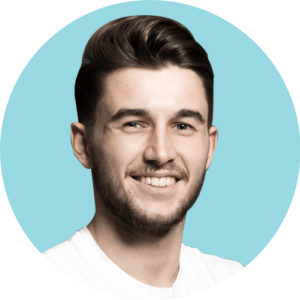 Ambush marketing is a special marketing practice. We’ll explain what hides behind the term.

The term ambush marketing originates from the noun “ambush” or its verb “to ambush”, which means “to lure somebody into an ambush”. So, we’re actually speaking of a person who is waiting for his victims while he’s hiding somewhere. In my mind, it’s a soldier, like Rambo, hiding in a bush.

In the metaphor, the soldier would be the advertising company – the ambusher. The victims: event visitors, participants, consumers. The war he’s fighting in: against his biggest competitor; or the main sponsor of the event. What’s to win: the attention of the visitors or attendees of a major media event.

Hence, ambush marketing is defined as

„… a company’s intentional effort to weaken or ambush its competitor’s official sponsorship. It does this by engaging in promotions or advertising that trade off the event or property’s godwill and reputation, and that seek to confuse the buying public as to which company really holds official sponsoring right …“

Ambush marketing designates the communication political behavior of companies, which targets to trick the visitor or consumer into thinking that they are the sponsor of a team or an event or that they pay the lawful license fee.

The idea of ambush marketing is to profit from the success of sponsoring without having to perform the duties of an official sponsor. These goals are mostly similar to those of the sponsoring company but should be achieved with much less financial effort. (Source: Focus.de)

An ambush marketer can either approach his target group (victims) by jumping out of his bush screaming, or can stalk them quietly. That’s the difference between direct and indirect ambush marketing:

Direct marketing includes the usage of logos and content, which the ambusher does not hold a valid license for, i.e. the logo of a soccer championship. The action creates the impression that the company is an official sponsor.

When facing a direct ambusher, the event organizer has the advantage of stopping the measure because he can rely on legal restrictions.

Indirect ambush marketing uses more subtle messages to be associated with the event. There are two different approaches: ambush marketing-by-intrusion and by association. But using a subtle message does not necessarily mean that the campaign is subtle itself. There are some quite obvious examples in chapter 3. But let’s get back to the definition:

In this case, the advertisements:

Because both the media presence and the reach of big events like a Football World Cup or the Olympic Games are very interesting for companies, you can find numerous examples of ambush marketing.

The marketing campaign of the brewery Bavaria, which gave out orange dresses during the World Cup 2010 in Africa, can be seen as a classical form of ambush marketing. Some women, who collectively wore the dress during the game between Holland and Denmark, were accused of ambush marketing. Although the dresses were only branded by a small patch which shows the Bavaria lettering, they were definitely identifiable as a Bavaria promotion article because of national marketing campaigns prior to the event.

The girls, which became famous as the Bavaria Beer Girls had to leave the stadium.

News stations worldwide reported about the incident. Now, without having to spend horrendous sums of money, the Bavaria brewery was on the news.

Nike is famous for its ambush marketing campaigns. For the start of the Olympic Summer Games in London 2012, they launched the campaign “Find your greatness”, which was all about sports and starred athletes and people from all around the world. In addition, they started intensive marketing actions around popular underground stations; the campaign was accompanied by a hashtag.

Addressing athletes and sports enthusiasts all around the globe, the campaign was not categorized as illegal ambush marketing and therefore continued.

After the games, most people thought that Nike was the main sponsor of the Games, although they did not pay a cent for any license or anything similar.

During the World Cup 2006 in Germany, Lufthansa started an ambush campaign by adding “football noses” to 40 aircraft of their fleet. Thanks to national and international media, the campaign gained momentum.

Emirates, the official airline partner, was probably not amused.

3. The problems of ambush marketing – how can you prevent it?

In general, it’s very difficult to prevent ambush marketing – especially when you or your sponsor if facing a by-association-campaign. Because they lack a clear reference, the relation a spectator, listener or participant draws is subjective. Additionally, it’s not the things which are said, but those which are left out.

But you can make arrangements to protect certain rights and locations.

1: A zone around your event location

You can either use the zone around your location for your own advertising or rent the spaces which catch people’s eyes and include them in your sponsor packages.

Remember to keep an eye on the ways your visitors and attendees take to attend your event, like the underground and tram lines as well as busy roads. By using these spaces, you will take away room for ambushers.

If you identify any advertisement or campaign as direct, illegal ambush marketing, don’t sit back and watch because you think the damage is already done. Actively address the responsible agency or company and ask, whether their campaign was watertightly reviewed by a third-party provider. If not, request the measure or initiate it yourself.

3: Remember your own rights

Various ambush marketing campaigns infringe copyrights, trademark rights or domiciliary rights of the event organizer. If you set clear rules defining what your sponsors may or may not do, it will be easier to define the rights and control the actions of non-sponsoring companies.

How do you react to legal ambush marketing?

If you’re looking for more information about event planning.

When it comes to online marketing, it’s hard to stop them. But you can outwit ambushers by actively addressing their campaign and commenting on them with a quick-witted comment (“Nice try.”) or photo.

An open, respectful discussion in which you’re wearing the pants you can turn the tables and extend your reach at the expense of the ambusher.

Do you want to organize the best Christmas party your employees will never forget? In this checklist, you will find useful tips and unique Christmas collections that will help you in creating a perfect corporate celebration!